Fit for TQM and Customer Audits

Equipment qualification in the context of quality management or validation is an essential pre-requirement for a large number of companies in deciding on a specific supplier. Apart from the calibration certificate, which is included by default, Memmert also issues IQ/OQ certificates on request. To support the customers’ own IQ/OQ certification, we can offer IQ/OQ documentation.

IQ test plan:Contains detailed information of the tests to be performed on the respective equipment in the context of the Installation Qualification.

IQ report: After completion of the Installation Qualification IQ, the results are summarised, evaluated and compiled in an IQ report. All deviations, as well as measures taken to eliminate these, are documented. After the deviations have been eliminated, these must be tested again, documented and evaluated in a new IQ report.

The extent of the Installation Qualification IQ

OQ report: After completion of the Operation Qualification OQ, the results are summarised, evaluated and compiled in an OQ report. All deviations, as well as measures taken to eliminate these, are documented. After the deviations have been eliminated, these must be tested again, documented and evaluated in a new OQ report.

The extent of the Operation Qualification OQ

The Operation Qualification OQ consists of the identification and inspection of the alarm, control and switch functions that have an influence on quality:

Performance qualification (PQ) of laboratory equipment is an important component of the validation of the entire production process over a certain period of time and for a specific product. Its purpose is to verify and document that the appliances and systems are working reproducibly within the entire specified working range and limits. The appliances and systems are not inspected individually but always as part of the overall or partial process. Even though PQ usually comprises OQ tests under process conditions (e.g. for hot air sterilisers with load), a detailed test plan has to be created based on a comprehensive process description before the validation process is started in any case.

Both the preparation time for a performance qualification (PQ) and the actual validation are very time consuming. In case you plan to perform a PQ with the help of Memmert, we would like to ask you to contact us soon. Please contact our quality assurance department at  info@memmert.be 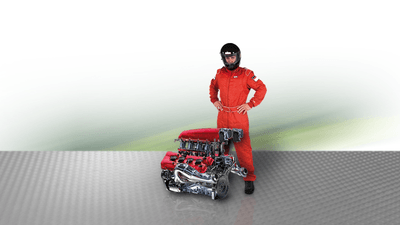 Let us take you into the fascinating world of Memmert appliances, which we have collected on our user platform.

Alongside CAD, computer projection and augmented reality, car designers still use a very traditional method to bring their designs to life. Clay, an industrial plasticine, is heated and stored in a precise and thermally safe clay oven, producing life-size models. 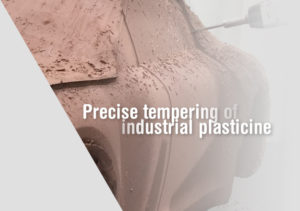